After coming across a 4 day break from camp we packed up the car and headed out on the road…. this time, to an area closer to home (for me personally, as a BC native) and a bit more thrilling for the rest of my friends…. Golden, BC!

I’ve only ever driven through the area in the summer, while staying in Golden in the winter to ski there. However, there was much more in Golden and the surrounding area then I could have hoped for during our journey.

First: the drive. Coming from north of Edmonton, we eventually merged onto the Icefields Parkway. However, until then, we came across some beautiful scenery.  (Also, shout out again to my friend Nathan for some of these snaps)

We found a pretty cool campground in Yoho National Park, the nearest national park to Golden, BC and the Kicking Horse River. 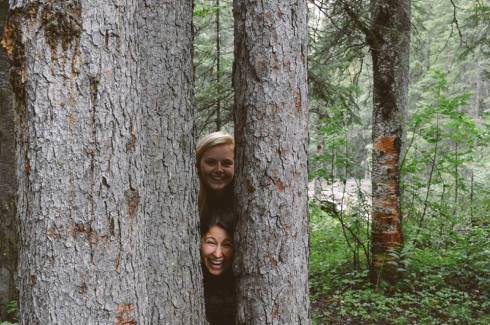 We had one taste of whitewater rafting this summer already (from Jasper a while back, while some of our party had gone AGAIN around Shuswap, BC during the camp break when I was with my mom). We were eager for more, and had heard word on the street that the Kicking Horse River’s was the best in Canada. We went with Alpine Rafting Tours and went on the Ultimate Rafting trip, and were very satisfied with our experience. Our guide, Jesper (he was Danish), was not only hilarious but extremely knowledgeable. He had just finished a term of rafting in Argentina, preceding a career rafting in Uganda. His next move will be to New Zealand! 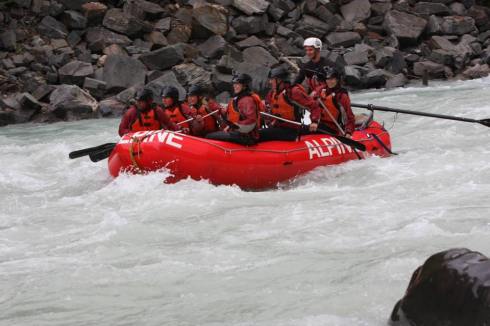 One of the highlights of the rafting trip was definitely the opportunity to swim a class 3 rapid, while terrifying, it was an absolutely exhilarating experience, and I would do it again in a heartbeat. 5 stars to Alpine Rafting Tours!

As a bonus, the centre is right outside the Golden tourist information centre. Needless to say, we had a little photoshoot in the surrounding area following our day of rafting and afternoon snack. 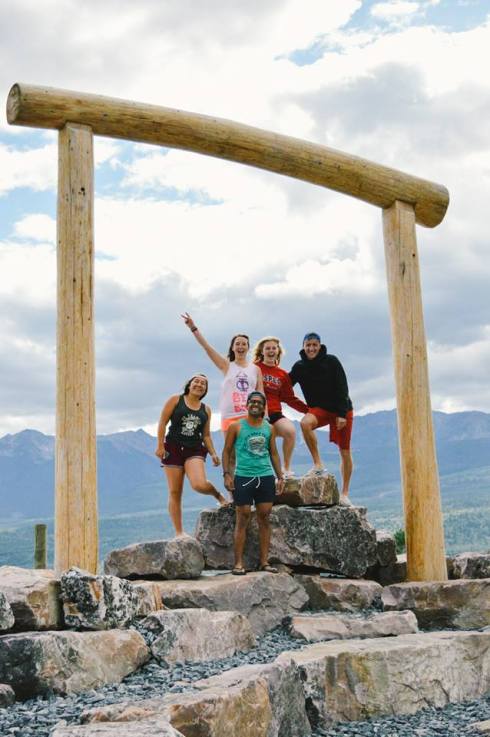 After a strenuously fun day of white water rafting, we took it to the foothills of Takakkaw Falls, where we explored the giant waterfall among the surrounding mist… there’s me, trying to climb that giant rock! 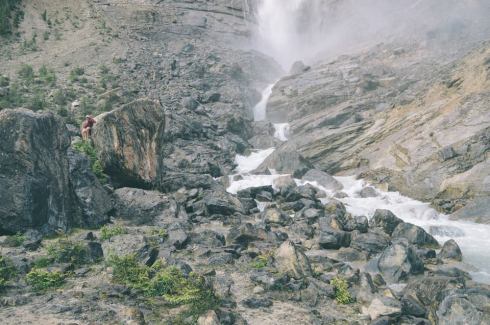 And here’s the work of nathan, hard at work being our own personal photographer…. 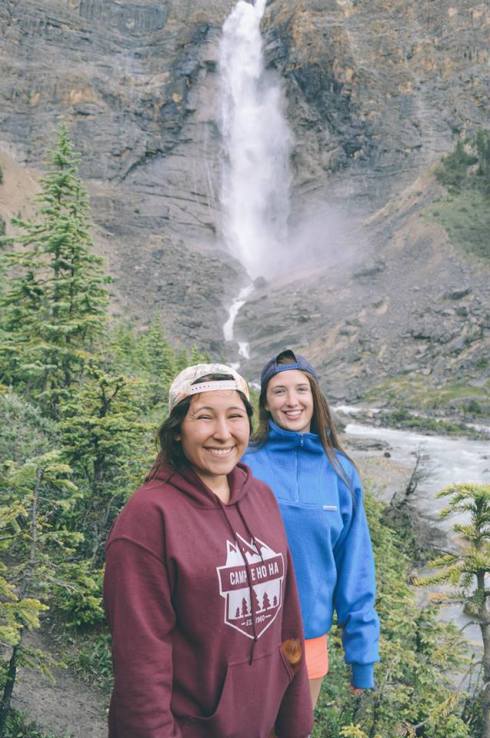 The quirkiest part about the falls were these little chairs that were placed within viewing distance of the falls. Given how adorable it was, we were all over it.

Since the day was a bit rainy, we witnessed a couple of rainbows on the drive back to the campsite, and of course we had to stop to capture the moment with a couple snaps. 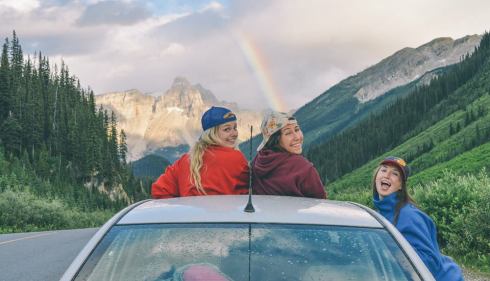 The next day, we packed up our swimsuits and some snacks, and made the two hour trek to Invermere. We paid a visit to Kicking Horse Coffee, which boasts some of the most delicious cups of coffee in the Rocky Mountains (it was a little strong for me, but if you like a good dark roast, this is the place). After our daily bread, we headed more into the wilderness to Twin Lakes – an area of Invermere so secluded, I couldn’t even find an appropriate web domain to link to (if you’re finding it yourself, you’ll just have to ask a local, or a cliff-jumping veteran in the area).

That’s right: we went to cliff jump! As beginners, we didn’t get very high, and since it was a Saturday we had about 20 or so bros knocking back some beers and cheering us on. One of the coolest elements of this swimming hole was the giant swing rope they had attached to a tree, leading to a 20 or so foot drop into the crystal clear blue waters below. Jump at your own risk, the water was ICY!!!!

Following the arguably most exhilarating part of our trip, we kicked it back at Kinsmen Beach and had some laughs in the warm lake water. Watch your feet, though, water shoes are definitely recommended (the grassy area just beyond the rocks is awesome for tanning and picnics, with lots of shade).

This is an amazing area of BC that is definitely worth exploring if you’re in the area. Even if you’re feeling too faint of heart from cliff jumping or white water rafting, the various sightseeing options have something for everyone.