The last Europe trip I made while on exchange was to the city of Amsterdam. Compared to the other cities I had visited during my travels, this place was definitely the most similar to my hometown of Vancouver.

The Amsterdam Schipol airport is HUGE – after all, it is a giant hub of the European airport world. We flew using Easyjet from Manchester and it really went without a hitch – you really have to love the discount airlines in Europe. I wish something like that came to Canada or even the United States, but I know for now it’s not really logistically possible. After all, we have way less people flying and way larger distances to cover; hardly enough business to offer flights for the costs that they are these days in Canada.

For accommodation, we stayed in the most luxurious Airbnb location I’ve ever seen. It was originally supposed to be a room out of this nice man’s apartment, however he was away for the duration of our stay so we actually got the entire apartment to ourselves! Better yet, the location and apartment itself was stunning, seeing as the man we were renting from was a heart surgeon! I really love staying in Airbnbs. It’s such a great way to get a look at the the way that locals live and also get a good sleep at night – especially in a place like Amsterdam, where hostels can be fun if you’re in the mood or the worst experience ever if you’re not.

On our first night, we walked in to the centre and caught some beautiful glimpses of the canals. Amsterdam is a very clean civilized city! We ate at a nice Italian restaurant in the touristy area and then walked back as the sun set. We walked down a really touristy side street on our way back to the apartment and restaurant owners were heckling us to eat at their restaurants as we walked by on the cobblestone paths…. definitely not something I miss about Europe. 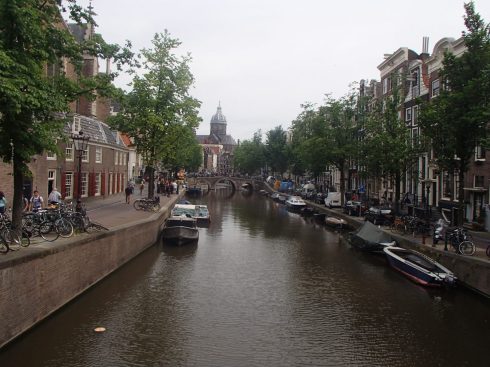 The next day, we set off early with hopes to visit the Anne Frank museum. The line was winding around the block so we decided to wake up earlier the next day to pay it a visit. We got a tram ticket for 48 hours so we could zip around wherever we needed to go. We spent the entire day wandering the streets of Amsterdam, enjoying coffee and the sights of the buildings built on and around the canals. We wandered through the floating flower market and the cheese shops; I tried all the samples!

Another delicious aspect of Amsterdam are the french fry stands that exist virtually anywhere you turn around. We fell victim to the salty snack many times during our trip, with curry ketchup being our pick for favourite topping. To each their own though, as most fry stands had about 10 different options, ranging from plain ketchup to ketchup with mayo……. 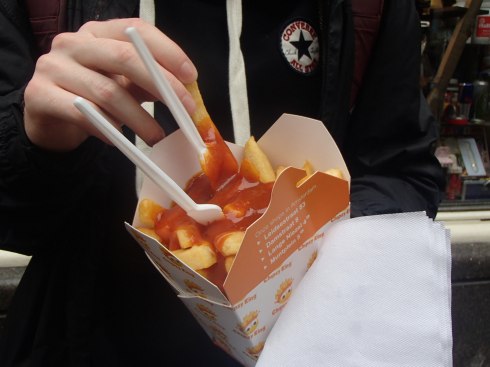 A highlight of the day was the purchase of some Stroopwaffels from the grocery store – definitely an Amsterdam specialty. I’ve included a stock image in case you ever see them in an Amsterdam grocery store because man ohhhh man are they delightful!  The perfect marriage of waffle cookies crispness and sugary, cinnamony, caramelly deliciousness. 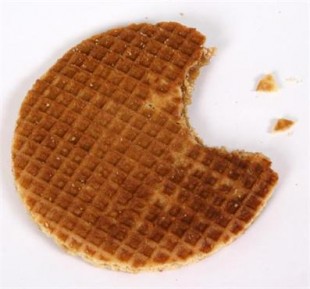 On our final day, we woke up early and zipped to the Anne Frank museum by tram. The tram system in Amsterdam is unique and efficient, plus you get to see the city as you travel instead of being underground. The only disadvantage to this kind of transport I think is the fact that you have to keep your eyes peeled when crossing the road because trams stop for nobody. We were basket cases about crossing the road the whole trip, because along with trams and cars were THOUSANDS of commuters biking on the streets.

The Anne Frank museum had a shorter line, and we got in after about 45 minutes. It was such an interesting museum and really makes me want to learn more about the WWII time period.

After the Anne Frank museum, we headed into town to find the “I Amsterdam” sign, which was located at the Museumplein park. Honestly, the biggest struggle in terms of getting to this sign was finding out where it was actually located! I feel like this sign has become a token trademark of the city, and definitely a landmark worth visiting if you’re a first-time tourist in the area. I had quite a bit of fun with the letters of the sign as you can see: 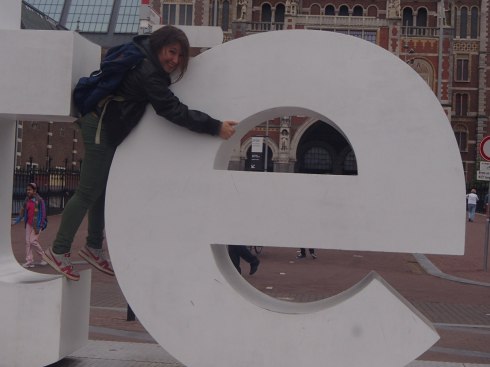 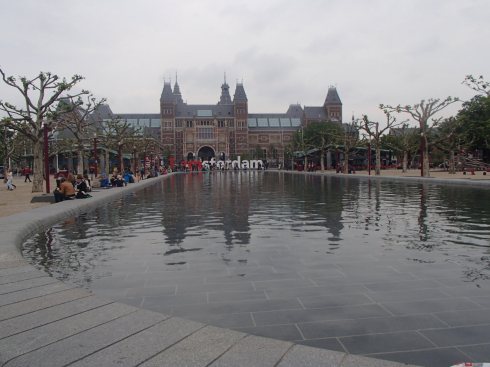 That evening, we went back into town and toured the red light district. I’ll leave that to your imagination but it was definitely like nothing I’ve seen before.

Amsterdam is a lovely city with enough quirks and quarks to satisfy travelers of any age or appetite. I could definitely see myself living in this city in the future. Maybe I’ll give the Airbnb doctor a call and see if he has any work-related connections for me.