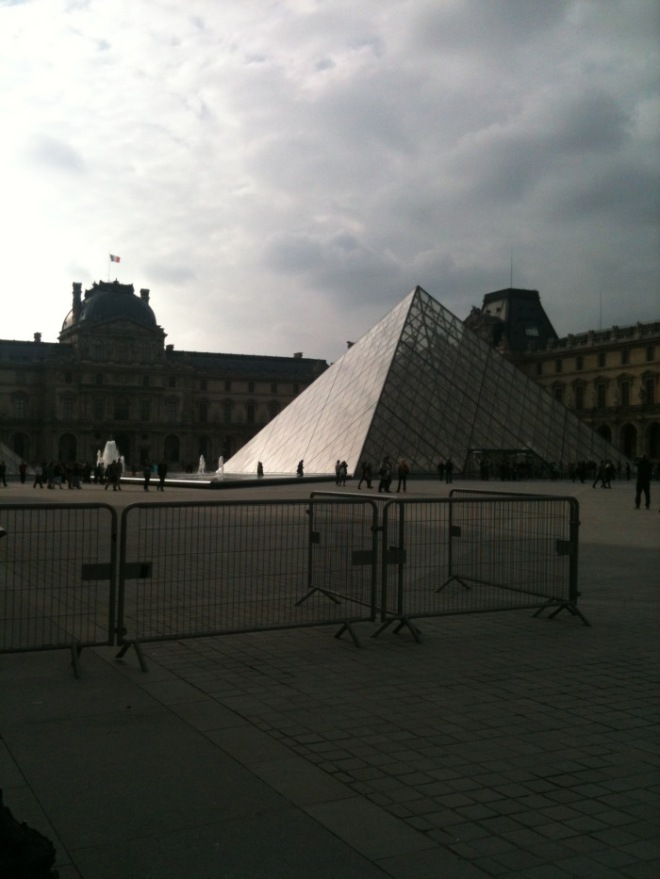 It was Good Friday during my second day in Paris, and I woke up bright and early for a day at the world’s most famous museum: The Louvre! I walked the streets of the city from my hostel near Gare Du Nord to the Louvre, and entered at the opening time of 9am.

I wouldn’t necessarily consider myself an art enthusiast in the slightest, but I do appreciate culture and let’s get real: I really wanted to see the Mona Lisa up close. To my remorse I kind of rushed past the Nintendo 3ds audio guide in order to get to the painting before the crowds arrived. I managed to get a couple snaps before it got too crowded: 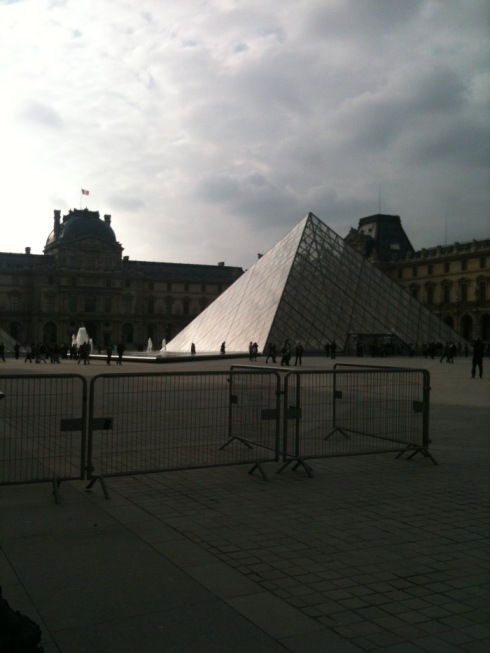 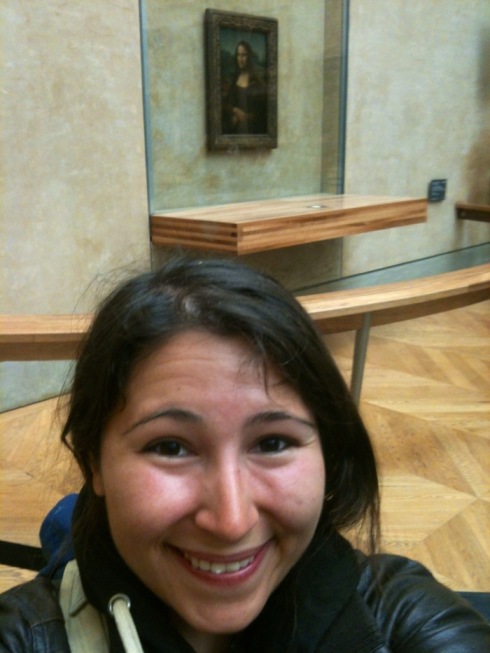 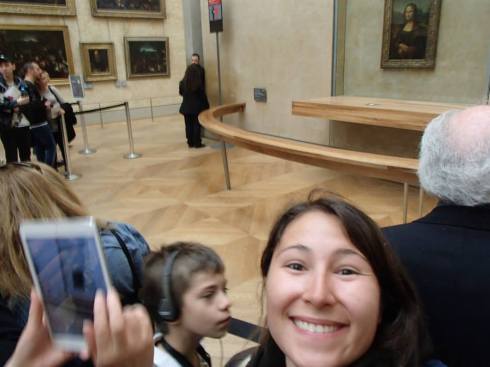 I headed to the other exhibits, and I cannot express how enormous that museum is. There were a couple of times I simply returned to the lobby/atrium area in the centre of the museum and sat down to rest because quite frankly, my legs were exhausted. I eventually wandered to the gallery holding the Venus de Milo statue, which I captured a quick photo of: 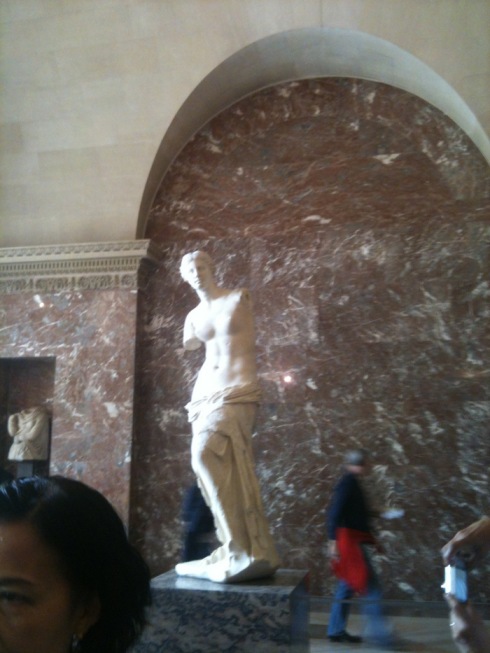 In short, as a university student with no particular interest in art but an interest in culture in general, I was at the Louvre from 9-1. I probably would have been there longer had I purchased the audio guide for 3 euro (which I recommend, mostly  because all of the written descriptions of the artwork is in French) or had been well versed in art history. Some of my friends from exchange spent the whole day at the museum, from open to close. I definitely think it’s a case-by-case basis.

After finishing up at the Louvre, I headed back to my favourite lookout spot in the city, the viewpoint at the top of the Lafayette galleries store. Again, a beautiful view: 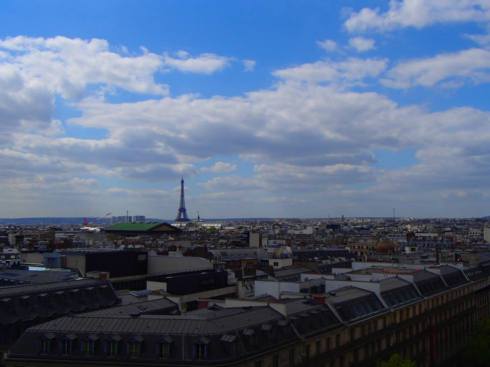 I then trekked down to the Arc de Triomphe, which probably would have been smarter to take the metro to, but since I felt like exercising and had a lot of time to kill that day, I opted to walk. On the bright side, the surplus of bakeries meant I could grab a snack on the way: 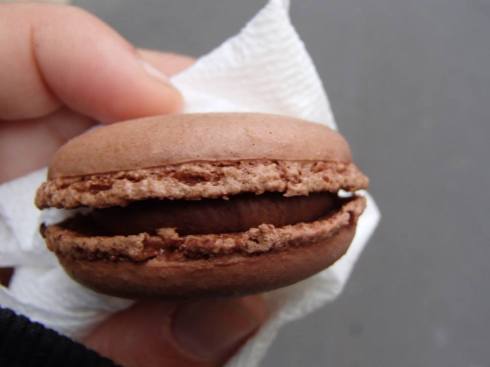 A macaron! of course, these delightful treats are a Paris favourite, and I was adamant to find the best bang for my buck in the city. Being a travelling student, I wanted to enjoy all of Paris had to offer at the right price point. I started judging the prices of different bakeries based on their macaron prices. The best deal I managed to find was 1 euro for a small macaron and 1 euro 70 for a large.

I finally arrived at the Arc de Triomphe, one of Paris’ landmarks. After seeing other arcs in Barcelona and Brussels, I have to admit I was a little disappointed, mostly because it was more of the same thing in each city. The cool thing about this one was that you could visit the top of it, which I observed from my lowly place on the streets of Av. des Champs-Élysées. 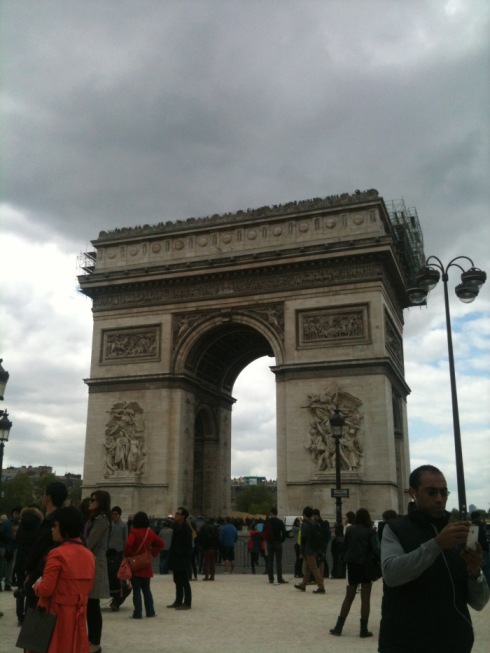