Yesterday was an early start! Some hostel friends and I were up early having booked an excursion to the Cu Chi Tunnels, 50 km out of Saigon. The bus was a little late but we couldn’t really complain seeing as the entire excursion cost less than $10 USD. We had a lovely tour guide (went with Hai tours through our hostel) who gave us tons of information about the significance of the tunnels and the role it played in the Vietnam war.

The time at the tunnels were fantastic! We learned a lot, and our tour guide led us around the area. Included in the tour was the chance to get underground through a very small claustrophobic hole, which was an interesting challenge. 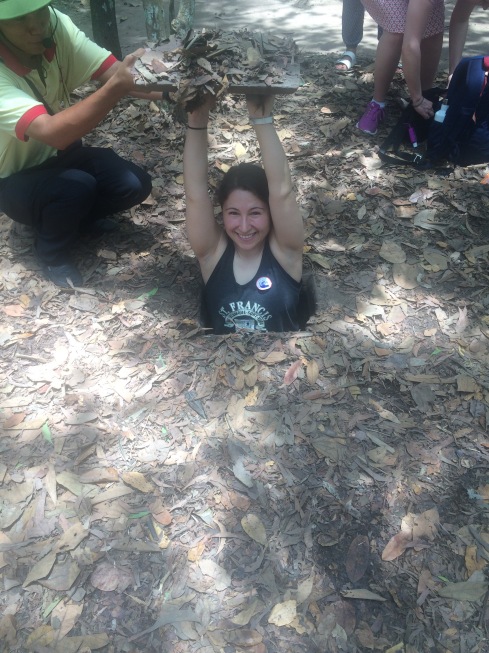 Near the end of the tour, we were able to go down into a tunnel. It was very small and claustrophobic, with exit points at 20, 40 ,60 and 100m. It got smaller and smaller as we went on, having to resort to a crawl for the last 20m or so. It was great! 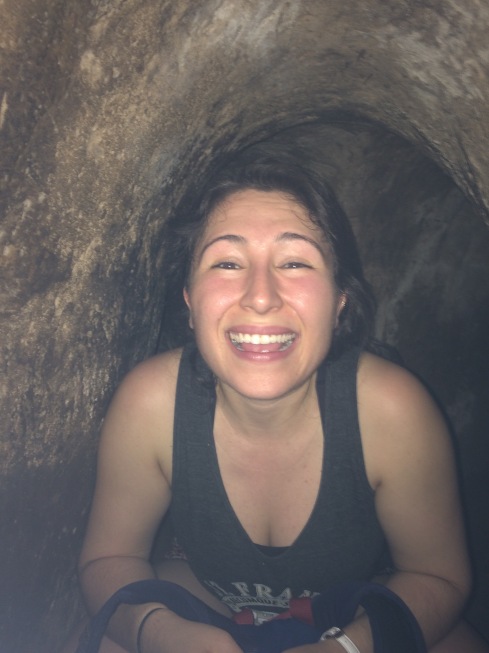 There was a small market type area at the tunnels that sold snake wine, which I tried. Pretty gross-tasting.

Our bus dropped us off near a food market so the solo travellers and I had a late lunch. I got chicken fried sticky rice, which was fantastic. The food market where we were was definitely catered for tourists so it was on the more expensive side ($4 a plate) but delicious regardless.

Walking back to the hostel from the food market led us to the Saigon Central Market, which appeared in the park area near our hostel during the day. Coming from Vancouver, the night market scene at home prepared me pretty well. This market had a lot of the same Vietnamese desserts and grilled meat, with some exotic twists. This market was authentic and very cheap! There were so many locals walking around enjoying the food. I had grilled corn, dim sum, and grilled crocodile (tastes like chicken). 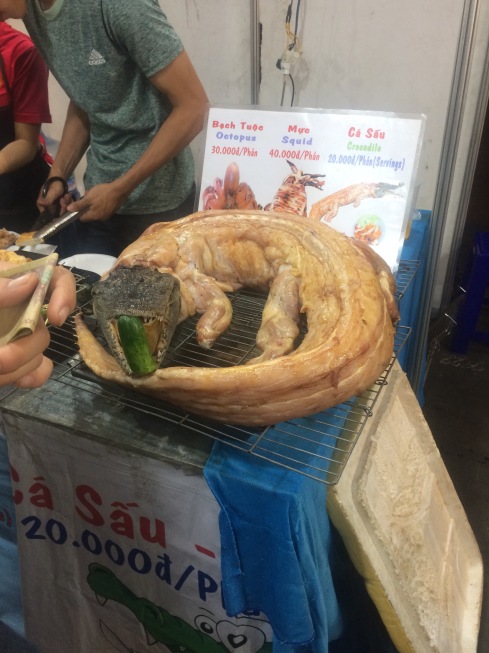 We ended the night at a bar called The Chicken Coop, home of Vietnam craft beer. It’s managed by an American guy and the beer was pretty good! The manager came up and talked to us for a while which really added to the experience. Apparently the craft beer market in Saigon is really starting to take off, so I’m going to keep my eyes peeled for more at the end of the month!

Ho Chi Minh City has been an absolute dream, and a wonderful introduction to Vietnam. I was sad to say goodbye to my hostel friends this morning, but am excited to get on with the next leg of my trip: Bangkok and the Thai islands!