Over the last few days, I’ve been amongst sketchy internet in Ha Long Bay! We went on a tour with our hostel out of Hanoi and we chose to do the 3 day tour – we were happy we did! More about that later.

We had a 7am start that involved a lot of transportation to get there. It took a bus, a boat, a bus and then another boat and a total of about 5 hours. On arrival, we had a Vietnamese lunch then ventured on the boat even though it was raining. I took lots of pictures on my underwater camera that I will put up once I have access to a real computer, but it was neat! We swam in Ha Long Bay and then kayaked in the rain. We briefly lost two of the group members who were loose cannons and kayaked in a different direction, but we found them after about 30 minutes of searching back at the kayak place. 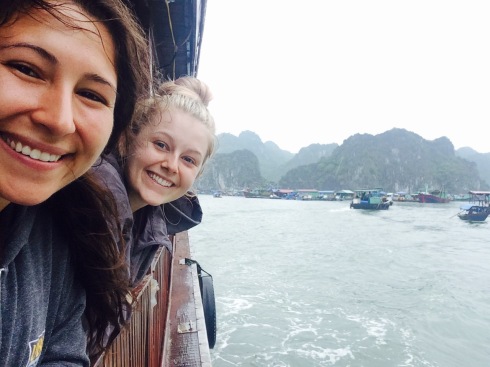 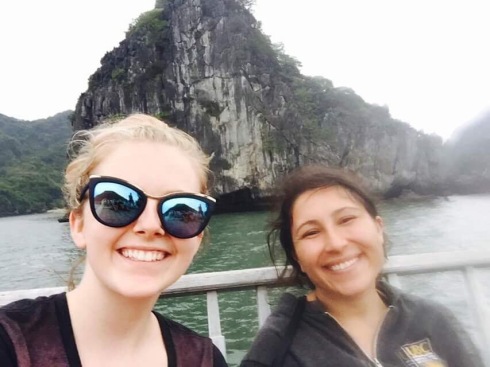 It was cold but so much fun! Our dormitories on Monkey island were pretty hilarious – picture 8 bunk beds just wide enough to hold a human being in a 120 square foot room. The bathroom was gorgeous though! And while it wasn’t ideal it was all part of the fun.

The next day, we had an early morning due to the cramped conditions inside of our room. It was fine though, as the food at the resort was fantastic. So many spring rolls and barbecued meat for dinner and so many pancakes and phó for breakfast. We set off for a very active day the next day and the whole reason why I booked this particular excursion: biking and hiking! First, we took a boat to another island then got on bikes for 5km or so to this trailhead. Then we hiked what I could only call death trap mountain. 45 mins up, not physically challenging in my opinion, but a slog through basically scrambling on rocks the whole way and avoiding extremely slippery mud. The view was worth it though! The way down is a story for another day….

After the hike, we biked back to the boat and swam in the gorgeous emerald water. It was an amazing afternoon! 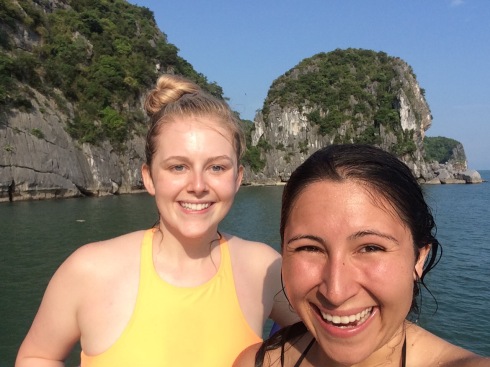 We were lucky that our long day was so sunny! Again we had a delicious dinner that night of more of the same (BBQ and spring rolls – worth it just for the food)!

The next morning (this morning) at breakfast we had a special visitor! A monkey came in and stole one of our friends’ Oreos. It then hung around for a while because the staff were feeding it which I didn’t agree with but there wasn’t much we could do. Funny thing about the monkey was that it only ate the creme in the middle of the Oreo, just like someone else I know….. 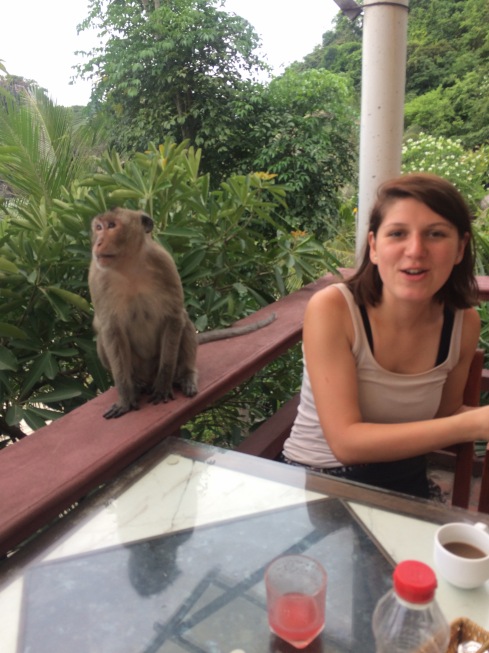 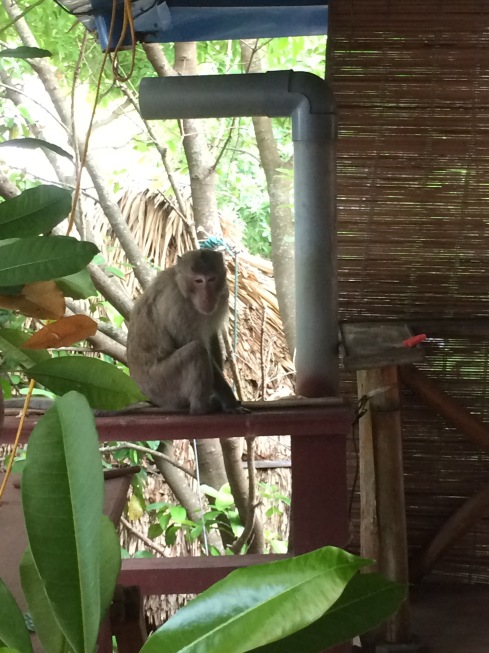 After breakfast we “hiked” up to w viewpoint which was essentially 20 minutes of rock climbing. Dangerous, but the view was good! 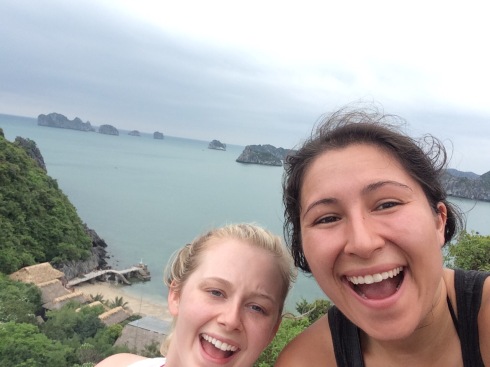 We headed back to Hanoi after the hike (boat bus boat bus). Tonight Makayla and I went to the Hanoi night market, which was on the weekend and awesome! So much food and shopping. I had my first Bahn mi.

Overall, amazing tour of Ha Long Bay. If you go with a hostel tour, definitely do the 3 day, we would have skipped the hike/bike day entirely and only would have been on monkey island for 24 hours had we chosen the 2 day option. It’s worth it if you’re into doing some exercise!