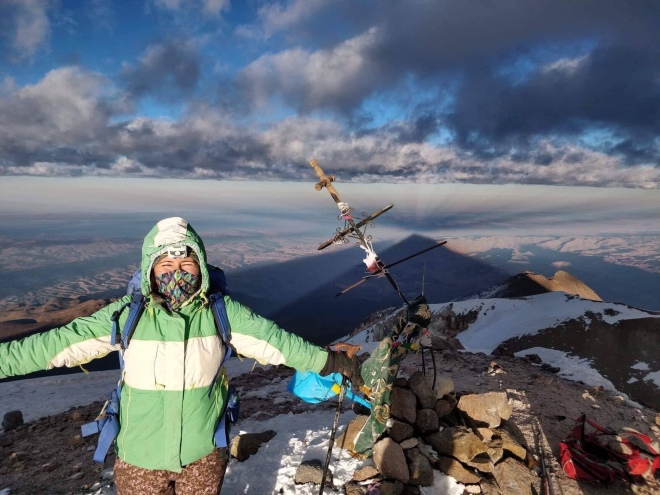 Like I mentioned in my previous post, Kristy was sick and I decide to go on a hiking trip. I originally wanted to hike El Misti, the more better known Volcano that is part of Arequipa’s landscape, but the way it worked out with the timing, I ended up signing up for a hike of the taller mountain (but slightly easier climb), Chachani.

We left our tour agency early on Monday morning, and had a very bumpy drive to the trailhead for base camp which was at 5000m elevation. We hiked to the base camp which was at 5200m elevation. I’ve been lucky that I haven’t really felt the affects of the altitude at all, but not sure if I’m lucky or the Diamox I have been taking is working effectively! We had a LOT of gear as we were camping at base camp “overnight”, so it was a slow hour and a half hike. We set up camp and hung out for a few hours. I really enjoyed my company on this hike, I was the only Canadian and one of two females out of the 8 hikers and 2 guides! After an amazing sunset and very early dinner, we went to bed at 6pm for our 1am wake up. 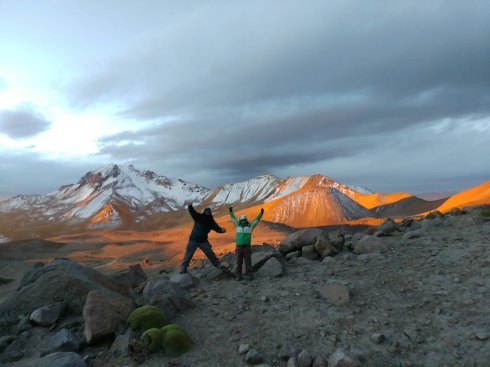 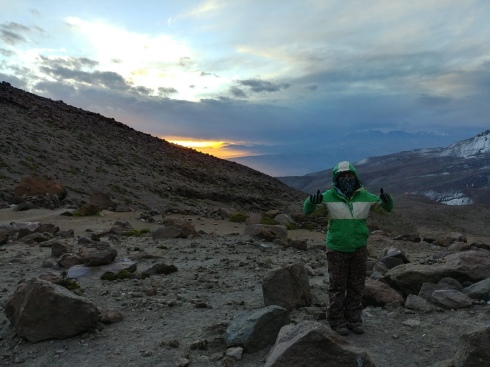 This was by far the weirdest sleep of the trip so far. First of all, I was going to bed at 6pm. Second of all, it was freezing! I think I actually slept for 30 minutes total out of the 6 hours of given sleeping time. We woke up at 1, had a “breakfast” of bread and coca tea, then started our trek up the mountain.An interesting thing I’ve learned on Peruvian hikes is that the guides prefer to give distances in time to complete rather than kilometres. For example, the guides would say “we have 3 hours to go” even though we were going more quick than their time estimates. I kept up with the pack for the first half of the hike then the altitude started getting to me. There was a couple behind me that were super affected by the altitude – they were throwing up and felt really behind, but still made it! Luckily my Italian friend I made was my guardian angel on this hike. When I started to feel discouraged and wanted to quit, he encouraged me to keep going and warmed up my hands on numerous occasions. I have to say I was really doubting a successful summit until the sun came up and I could see the top! Then I knew that I would be able to do it! The view from the top was amazing and even more surreal as I was fully losing my marbles at this point from the altitude. It was also freezing! I pulled my phone out and it was covered in frost, and my hands felt like they were going to come off. Apparently at the point on the hike where you can see the summit 50% of women don’t make it due to poor circulation by genetics and loss of feeling in their extremities – I was happy to not be part of this statistic. 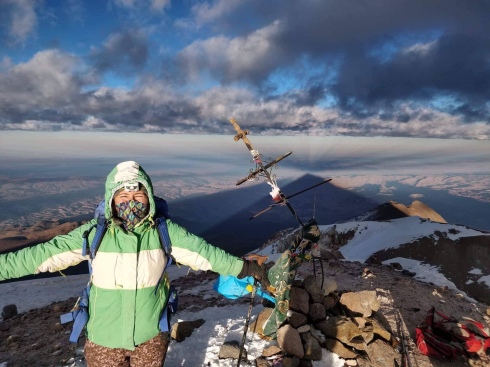 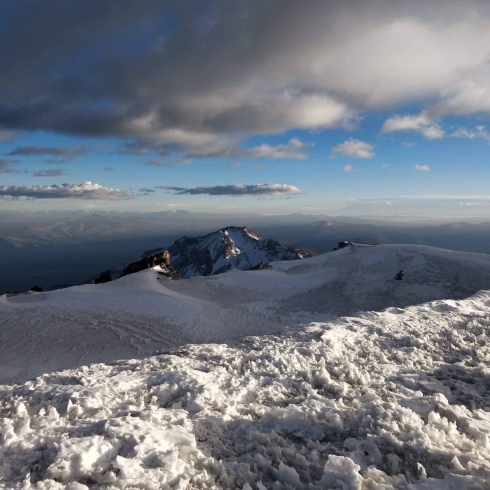 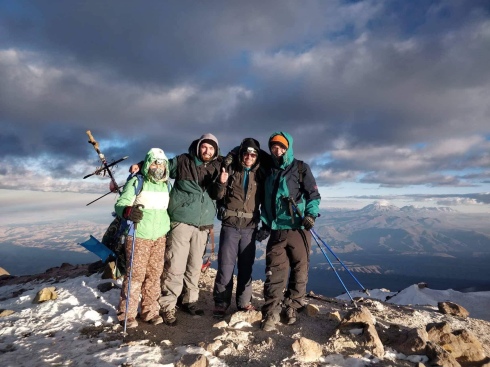 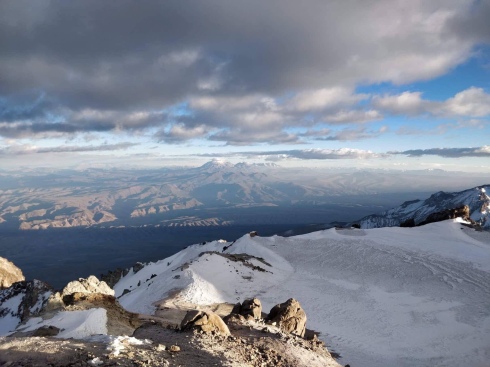 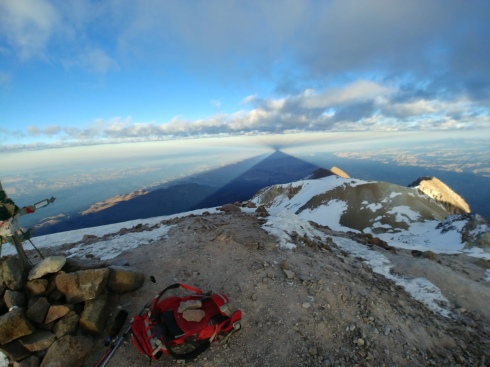 The way down was way easier than getting up but we were so exhausted that it took a while. We tried to enjoy ourselves on the way down! The altitude was still getting to me and I thought that a bunch of different rocks I saw on the mountain were animals. But eventually we made it back down! The worst part of the hike was trekking all our stuff from base camp to the parking lot.

This hike was by far the most difficult hike I have ever done, both mentally and physically. However I was so happy that I did it and I can now say I’m part of the 6000m+ elevation club – something that not many people can say! 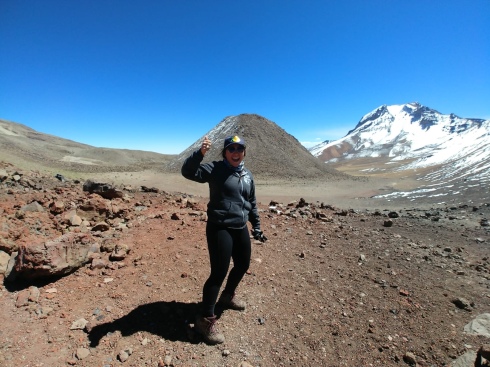 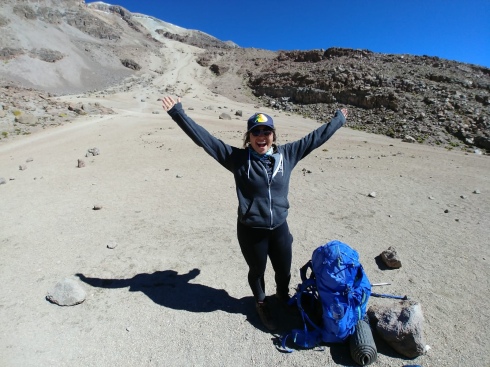