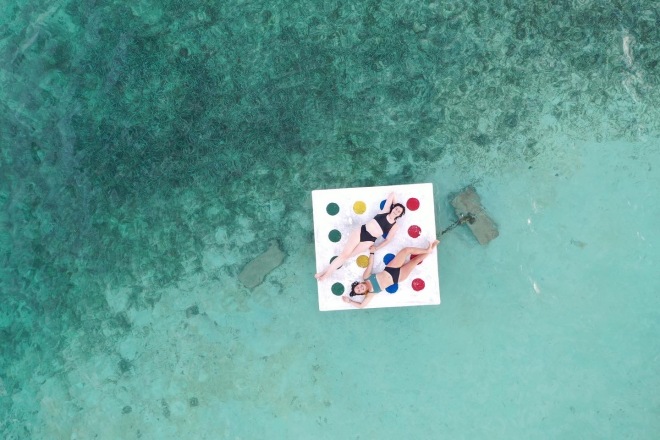 It’s been a whirlwind since getting back to Canada, and I’ve barely had a moment to sit down and process my trip. It’s hard to believe my three weeks that flew by… I could have easily stayed in Colombia for six weeks. I’ll try to summarize what I was up to during my last week in Colombia as concisely as possible.

After Ciudad Perdida, we were feeling exhausted. After a stopover night in Santa Marta to deal with the disgusting situation that was our hiking laundry, my friend and I ventured to a hostel outside of Minca for a few days of chilling out. The hostel I stayed at was called Finca Carpe Diem, located outside of Minca near a town called Bonda. Getting there was a bit of an adventure as it required a taxi to a random police station and then a 20 minute ride on the moto taxi up a mountain road. Luckily our moto drivers were competent and got us to our desination safely.

The hostel itself was beautiful. Most of the hostels in the Minca area are eco hostels, and mine was no exception. Part of what made it so relaxing was that there was no cell signal and we could order all of our meals onsite, so you literally just had to chill and relax during your time there. I spent a lot of time at this hostel drinking delicious coffee and juices and laying out by the pool. The hostel had an adorable Dalmatian named Milo that even came with us on an early evening hike that we took with new friends up to a viewpoint of Santa Marta and the surrounding jungle. A cool aspect of this hostel was that it employed all locals from the nearby village, which also meant limited conversations in English and even more limited conversations for us in Spanish. The first night I was placed in an 8 bed dorm (which was not what I booked) and had a horrible sleep due to the lack of AC. I was somehow able to sort out the situation the next morning completely in Spanish, which I felt pretty good about figuring out (for my Spanish skills, and also for the sake of my sleep and comfort in the 30 degree heat and high humidity).

On my second full day in Minca, I ventured out after the afternoon rainstorm to see a waterfall. It was about 35 minutes to hike to the waterfall, and required a river crossing where I had to remove my shoes to cross. The waterfall itself was fine, but it was nice to be out in nature. On my way back to the hostel, I stopped at the cacao farm that was located close by. It’s a family owned farm and I was warmly greeted by a man named Horatio and his 3 dogs, who only spoke Spanish and helped me cross another river to get to the farm. He took me on a tour explaining the different varieties of cacao fruit and the drying and roasting process. Even though the tour was fully in Spanish, I was able to get the jist and really enjoyed learning from him about the farm and the cacao harvesting and roasting process.

After the tour, Horatio provided me with some hot chocolate (which was delicious) and a cacao face mask. This was the most unexpected part of the tour, and ended with parrots eating the cacao off my face. Apparently (according to my limited Spanish comprehension) the parrots were adopted from an urban living situation and now happily occupy the cacao farm full time. My skin was definitely moisturized and exfoliated after that!

On Monday morning, I parted ways with my travel buddy and left Minca quite early to reverse my tracks back to Santa Marta. I had to leave quite early in order to get to Cartagena to meet my friend Zoe at a reasonable time of day. Zoe and I had a plan to join forces for 6 days in Colombia before I flew home and she flew to Peru. To leave my hostel near Minca, I took a moto followed by a taxi to the bus station, where I caught a 4 hour shuttle to Cartagena. The infrastructure in Colombia continues to amaze me, as this bus included wifi and they even took attendance before our bus’ halfway point stop in Barranquilla. I used a company called Berlinastur, which I highly recommend.

When I arrived in the city, I met up with Zoe at our hostel. We decided to go on the afternoon walking tour in the historic centre and learned a lot about the city’s history, though we found our guide did too much talking and not enough walking! We did get a great rundown of the sights to see in the historic centre though. We spent the next day continuing to explore the city, and celebrating Zoe with friends from the hostel as it was her birthday. Our celebration included mojitos on the street, which is apparently a usual occurence in Cartagena for a great price. We managed to buy 6 maracuya (passionfruit) mojitos for about $9 CAD.

On Wednesday, Zoe and I set out by boat to Casa en el Agua, a floating water hostel located near Tintipan Island. The boat ride was about 2 hours, and we arrived to a beautiful and secluded hostel that was essentially its own island, with crystal water and a really relaxing atmosphere. There were probably about 30 people staying there with us, as well as a team of about 5 or 6 really nice staff members.

Our stay at Casa en el Agua was relaxing, to say the very least! We enjoyed laying out on the various floating structures, including the net and twister board, as well as swimming and snorkelling in the crystal clear water. On the first evening, we joined the hostel tour to experience bioluminescence in a nearby lagoon. I have never experienced this before, and we were provided with snorkels to hop off our boat and swim in the dark (but sparkling) water. Unfortunately, our phone cameras weren’t able to capture this beauty, so you’ll have to deal with this photo of my ridiculous snorkel and use your imagination instead.

The weather on first night at Casa en el Agua quickly transitioned to a full-on storm. Zoe and I were staying in a private room the first night, and we were so thankful that this was the case. The thunder and lightning was deafening, and I ran out in the middle of the night to find my towel that I had left on a railing was totally gone. I did find it in a wayward corner of the hostel in the morning, but for several hours I was concerned that it had blown off the railing to be forever lost at sea. We felt terrible for some of the friends we had made at the hostel, who were sleeping on outdoor hammocks that night. We learned the next morning that they had ended up knocking on every door in the hostel until someone let them in to sleep on their floor to avoid the storm.

The next morning, the weather cleared up and it turned into a beautiful day. One of our friends had a drone, which meant that we were able to take some pretty incredible photos. We continued relaxing and later in the afternoon, went on a day trip to Santa Cruz del Islote, which is the world’s most densely populated island. It was interesting to see how people lived, though sad as it appeared to be quite impoverished. The island had a local aquarium that held several large fish and two sharks, which one of my friends decided to swim with! It was an interesting experience and we were at least able to support the local economy by buying beer from the bartender by the docks.

The next morning, we took a two hour boat ride back to Cartagena and proceeded to explore the areas of the old town we had previously missed. We met up with our friends from Casa en el Agua, who spoke perfect Spanish, and managed to negotiate our way to happy hour at a beautiful rooftop bar called El Mirador. The views were spectacular. After the rooftop, we ventured out to enjoy some of the night activity in Cartagena. This included a visit with two of my friends who I had hiked the Ciudad Perdida with, and it was nice to see them again and compare stories after almost two weeks apart. Like many other places I travelled, it was fun to continuously cross paths with similar people as I made my way through the country.

We woke up the following morning a flew to Bogota, where we would be flying out the next day. We explored the city and made some stops to buy souvenirs and other essentials, such as local snacks. We stayed at the Cranky Croc Hostel, which I had stayed at during the beginning of my trip. This was another fantastic hostel I stayed at in Colombia, where the facilities were lovely and there were a ton of friendly travellers staying at the same location during both of my stays. The highlight of the day was probably visiting the local artisanal market, where I was able to buy some unique souvenirs.

So marks the end of my Colombian travels! It was a fantastic trip, filled with so many awesome memories, adventures, and new friends. If you are looking to cross another country off your bucket list, I highly recommend Colombia – you will not be disappointed by its beauty, culture, diversity, and hospitality. Stay tuned for future posts about travel itineraries and other suggestions for Colombia – I have so many. I’m not sure where my next adventure will be yet, but stay tuned – I have a few ideas up my sleeve.